Don’t let yesterday take up too much of today.

Will Rogers was born in Oologah, Oklahoma, on November 4, 1879. After performing in Wild West shows as a young man, Rogers broke into vaudeville and then Broadway. His folksy wit and common sense attitude made him one of the most famous actors and authors in the world in the 1920s and ’30s. Rogers died in a plane crash in Point Barrow, Alaska, on August 15, 1935.

William Penn Adair Rogers was born on November 4, 1879, in present-day Oologah, Oklahoma—then part of Indian territory. Rogers grew up in a ranching family. Himself part Cherokee, Rogers socialized with both indigenous people and Anglo-American settlers in the immediate area. He left Oklahoma as a teenager, eventually finding work in the traveling Wild West shows popular at the time.

In 1905, Rogers began performing a lasso act on the vaudeville circuit. His charm and humor, along with his technical ability, made Rogers a star. Audiences responded with enthusiasm to his off-the-cuff remarks delivered while performing elaborate roping tricks.

Rogers parlayed his vaudeville success into a Broadway career. He debuted in New York in 1916, performing in The Wall Street Girl. This led to many more theatrical roles, including headlining appearances in the Ziegfeld Follies. Rogers also brought his act to the burgeoning medium of the moving picture. He appeared in dozens of silent films, often playing a country bumpkin trying to negotiate the modern world.

In addition to acting, Rogers became nationally known as a writer. He penned a column for the Saturday Evening Post that ran in newspapers across the country. His columns dealt with contemporary issues from a perspective of small town morality, emphasizing the integrity of working people. It was a viewpoint that resonated in the rapidly industrializing twentieth century United States. Many of his books, including The Cowboy Philosopher on Prohibition and There’s Not a Bathing Suit in Russia, achieved best-seller status.

Rogers’s fame had eclipsed his country bumpkin persona by 1930. No longer believable as an uneducated outsider, he was able to voice his characteristic wit and wisdom while playing a professional. Legendary director John Ford worked with Rogers on three of these later films—Doctor Bull, Judge Priest and The Steamboat Round the Bend. After filming concluded on the final Ford film, in 1935, Rogers set out on a trip to Alaska. An avid aviation enthusiast, he planned to explore remote stretches by plane as well as on foot.

Search in the site

The Consequences of Ipads, Tablets, and YouTube as Parents! 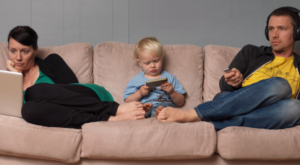 You Want It. But do you REALLY Want it? 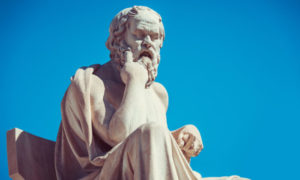 The way get started is to quit talking and begin doing.

You learn more from failure than from success. Don’t let it stop you. Failure builds character.

If you are working on something that you really care about, you don’t have to be pushed. The vision pulls you.

Jack Hatfield is on a journey to help you succeed in business, life, and health. His latest help points to a BIG problem in society.
Discover more

The Consequences of Ipads, Tablets, and YouTube as Parents!